Complex published this video about a week ago, and I saw it then but didn’t think to post it until now. BUT like I always say, it’s never to late for swag. Enjoy: 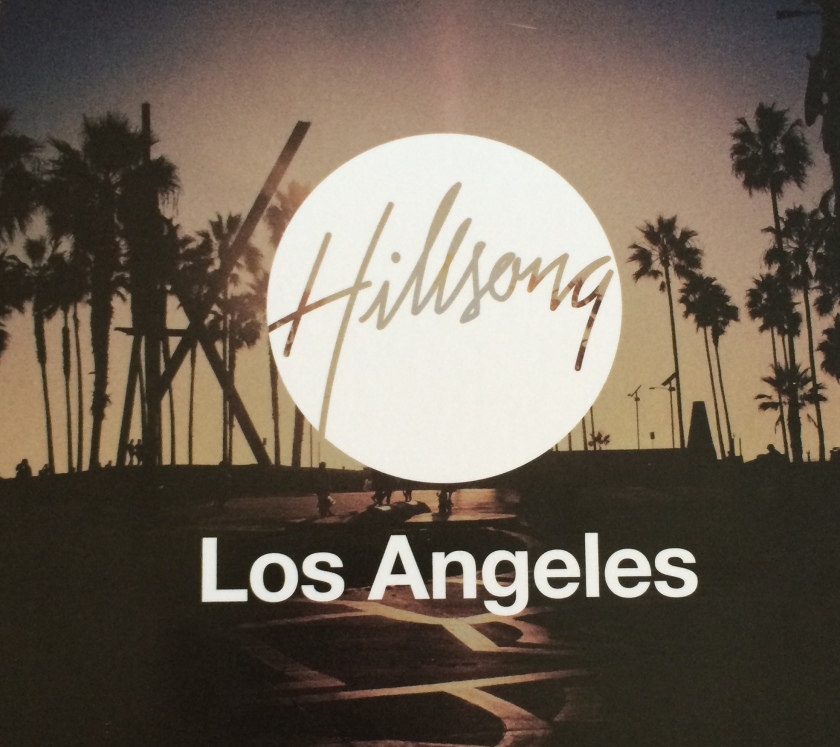 A tall guy in a backwards snapback snuck into the Belasco Theatre from the left of the stage in the middle of the opening worship songs during the 11 a.m. Hillsong LA service. He was non-disruptive, no one noticed.  But I did. This guy was towering over the two other men that walked in with him.

Then, I caught a side profile of him, and he really looked like Kevin Durant — as in 2014 NBA MVP Kevin Durant. I kept glancing over to the front row where he stood, each song passed and I tried to catch a better look.

Hillsong is similar to most Christian churches in that there is a point in the beginning where you’re urged to introduce yourself to those around you. Finally, the mysterious tall guy turned around, and surely it was Durant. While no one around me seemed to realize the great baller standing smack dab in the middle of the front row, I could recognize that face from a mile away. He left in the middle of the closing worship songs, the same way he entered. He swiftly and quietly hugged and fist bumped a few guys as he passed while exiting.

I’m guessing he was there to support the guest pastor from the New York City Hillsong, Carl Lentz. The two have photos together on both of their Instagram accounts. In the following snapshot, KD writes, “Shoutout my bruv @carllentz ! Happy birthday, love u man!”

And here’s one of the two catching some breakfast together with KD smiling.

Speaking of good people.. Doesn't get any better than @aharri21 and the MVP @easymoneysniper.. Solid breakfast, massive game tonight.. Regardless of outcome #WEMADEIT #OCCUPYALLSTREETS

The first reaction you may have to those photos is that this pastor is working for the wrong reasons, and that there is no way he’s a real pastor. Anderson Cooper touched on those skeptical views in a segment he did for Anderson Cooper 360º called, “Inside Hillsong’s ‘hipster’ church.”

I challenge you to think otherwise. The way I see it, Lentz hanging out with the likes of Durant, Carmelo Anthony, Tyson Chandler and Landry Fields (I’m sure there are more athletes/actors/etc.) demonstrates that these big names are human. They need spiritual guidance as well.

To those who say that flashy pastors and concert-like worship sessions shouldn’t count as “church,” I ask, “Why not?” Matthew 18:20 says that God is present where two or three gather in his name. If the pastor happens to be tatted up, an NBA All-Star happens to drop in, the service happens to be held in a theater, that’s all circumstance. The truth lies in the motives, as it does in everything in life.

Anyway, Lentz gave an incredible message about Psalm 23 titled “Like it or not,” I caught a glimpse of Durant. I’m overly excited for the next NBA season, despite the fact that the 2014 NBA Draft hasn’t even happened yet. And I highly recommend Hillsong if you’re interested in checking out a church. 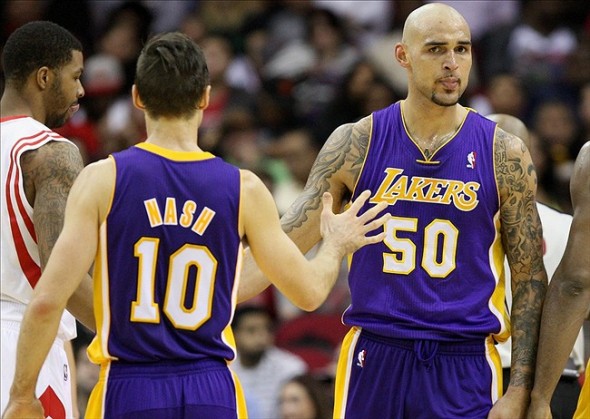 I know, I know. It’s the preseason. Only 21 games that don’t really matter have happened. I told myself I wouldn’t get too excited.

But then I turned on the tail end of the Brooklyn-Wizards game yesterday. And then Glen Rice Jr. had a dunk at the buzzer to send the game into OT. After that I watched the Lakers take on the Nuggets, and barely recognized their roster (I’m all caught up now).

So now I’ll dedicate my life to the NBA, once again, as I do every year come fall. The battle between game times and homework assignments begins, usually resulting in late nights; sometimes from busting out papers or cramming for tests, other times they’re from being too pumped up off a close game to sleep. Heat-Spurs Game 6, I was buzzing well past 2 a.m.

The Lakers show promise. I’m sad Metta is gone. Purple and yellow has given Nick Young superpowers. Xavier has a cool name pronunciation. Sacre has cool tattoos. Chris Kaman defied my expectations. Jason Kidd looks weird as the head honcho in a suit.

As far as I’m concerned, the NBA season is officially underway.

If you’re interested in NBA Twitter opinion, I humbly ask you to follow me. And if you love the NBA as much as I do, leave your handle in the comments.